Last week I mentioned there are several reasons why I love vintage clothing so much, and that I would probably explain them further in some future post. Well, today I came accross a blog post that explains one of the main reasons so well that I will just direct you there!

Just click here :-)
Posted by Pepper Sparkles at 22:42 No comments:

Yesterday I had a photoshoot with a photographer called Teemu Rytky with whom I had never worked before. The photoshoot was planned in a bit of a hurry and I hadn't been in front of the camera for a while, so I was afraid of not being able to do my best (the migraine that I woke up to probably didn't help much either!), but I already got a picture from the set and it shows how working with a good photographer always makes a difference!

By the way, the gown I'm wearing was made by me from scratch! They had that red sequin fabric in a fabric store in Helsinki and I totally fell in love since I saw it the first time, so in the end I just had to buy it! I ended up turning it into a 1930's inspired evening gown, with butterfly sleeves and a split back you can't see in the picture. I made it to wear after our first group performance in the Helsinki Burlesque Festival 2012 and I confess I was quite pleased with the result :-) 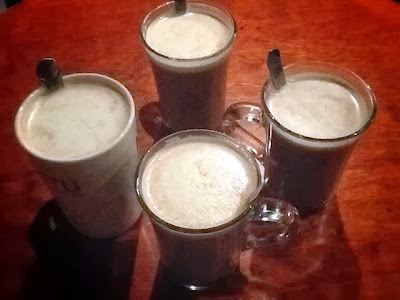 Posted by Pepper Sparkles at 14:01 No comments:

Get to know the Vintage me!

Good morning everybody! Today I will actually not write much myself, but I will link you to an article in a website called Queens of Vintage from a few months back when I was chosen Queen of Vintage n.128. You'll be able to find many different pictures like the one below, of me wearing several of my dearest vintage pieces, and information about what vintage styles I like the most and how/where I search for them. Just click on the link above to go there!

I'm now off to a tiny Finnish town called Järvenpää, where we'll be having a lovely evening at my Tribal Fusion teacher's house, dancing, chatting and going to her wonderful old sauna <3

Have a great weekend everybody!

Posted by Pepper Sparkles at 09:52 No comments:

My dear swedish friend Sandra was in town yesterday, and we had quite a lot of fun shopping at vintage/thrift stores, eating and trying out some absolutely gorgeous edwardian shirts/jackets she brought for me from the exquisite swedish vintage store Tidens Melodi, but I will tell you more about it later since it would require a lengthier post with some proper pictures! :-D

So what I'm going to do today is remind you that my all-time-favourite burlesque event EVER  is around the corner (just a bit over a month left!), and if you don't want to be one of those people that every year wonder why they didn't buy their tickets on time you should act now! I'm of course talking about the Helsinki Burlesque Festival, and as we speak Saturday is almost sold out and Friday is not far ahead. Have a look at this year's lineup, you don't see so many Queens of Burlesque performing at the same event everyday! ;-)

Tickets can be found in Tiketti 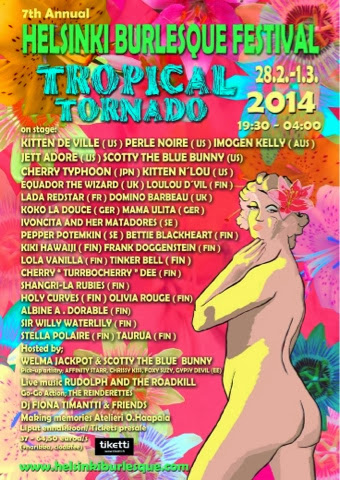 Posted by Pepper Sparkles at 10:08 No comments:

So to keep a little bit of balance, today's post will be about my third great passion: vintage. I'm in love with vintage for many reasons, which can probably be explained more in depth at some future post, but basically let's just say things were made BETTER in the past. Better quality materials were used, people really put some thought into the actual design of the pieces, and things were made to last.

Whereas there are nice things to be found about all decades, I'm specially crazy about the 1910's, 1920's and 1930's, and the reason is probably that those are the periods in which Art Noveau and Art Deco reached their heights aesthetically, at least in my humble opinion. It's indeed difficult to explain what it is about those two that is so appealing to the eye, but they just have that special something that I love :-)

That's is why I'm looking forward to this year's Vapriikki Vintage happening even more than usual! Every year has a theme, and this year's is Art Noveau and Jugend. This event is a delight for any vintage lover! It's organized by Fintage and the Vapriikki museum in Tampere, and takes place in the museum itself. The event is full of fun things to do, which can be enjoyed for the price of the regular ticket to the museum (entrace to the vintage market is free). The program includes, among others, the studio of the super talented photographers Atelieri O. Haapala, guided visits to sections of the museum, lectures, workshops, dance, music, and a vintage clothing fashion show (where you'll be able to find yours trully showing two of her favourite vintage pieces, but more on that later!). If this made you even a little bit curious, go ahead and have a look at the program! You can find it both at Fintage's website and the event's facebook page. 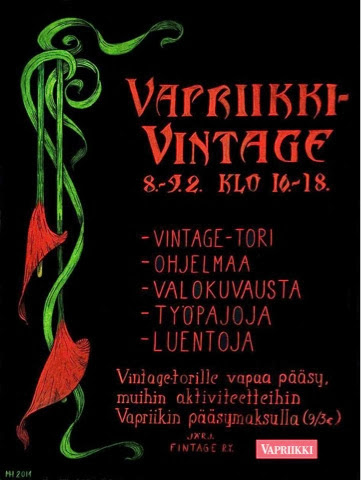 Posted by Pepper Sparkles at 22:33 No comments:

Definitely one of my favourite days of the week, and that's because I get to DANCE! I've been studying a bellydance style called Tribal Fusion for the last two years, and I must confess I'm totally hooked (if you get to follow this blog you'll probably end up seeing a lot of posts about it). It's a relatively new bellydance style, that has its roots in another bellydance style called ATS (American Tribal Style) and mixes it with other dance styles such as flamenco, hip hop and indian traditional dances. The outcome is absolutely mindblowing! The movements look mesmerizing and unnatural, as if the human body wouldn't be meant to move that way, and of course this required TONS of hours of practicing!

Luckily I have a wonderful teacher that kicks out butts, and keeps us motivated :-)

Here goes a picture of some of the members of our tribe Kaira Tribe, with our hot redhead teacher Laura Luna in the middle! And the season has actually just started, so if you are interested in giving it a try I recommend you get in touch through her website or facebook account :-)

Posted by Pepper Sparkles at 12:32 No comments:

And what a most thrilling way to "baptize" this blog than by announcing that I have been accepted to perform at this year's London Burlesque Festival? <3

More detailed info about the exact date etc. will follow later, but so far you can click here to have a look at the mindblowing list of performers that have also been selected! I'm specially happy to see our one and only Sir Willy Waterlily also there, and so many other friends! <3 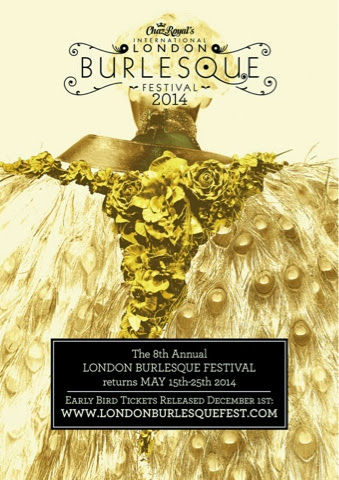 Posted by Pepper Sparkles at 22:25 No comments:

Welcome to my website/blog! After lots of pondering and some convincing I have finally decided to put the website up! In here you will be able to find all kinds of information about me as a burlesque performer, but also about my other two passions: vintage and Tribal Fusion bellydance. I will probably be posting a lot of things that I won't post on facebook, so stay tuned! ;-)

And to begin with, here goes a picture of one of my greatest inspirations, the turn-of-the-century exotic dancer Ruth St. Denis <3 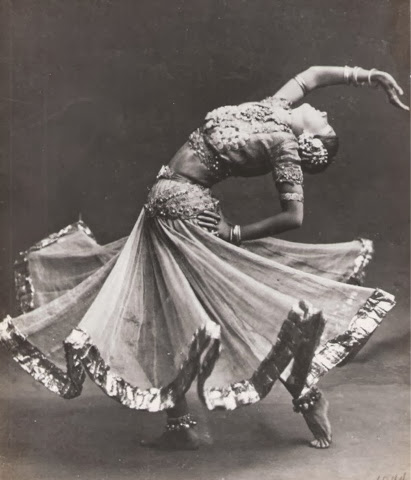